Ureaplasma is a bacteria that lives in the respiratory and the urogenital parts of both males and females and is typically transmitted through sexual intercourse. If ureaplasma becomes too dominant, it can cause a UTI. Ureaplasma may not present in a standard urine culture, and often is seen as part of an infection with other microbes. For these reasons, an infection caused by ureaplasma may go undiagnosed or be incorrectly diagnosed as Interstitial Cystitis (IC).

80-90% of UTIs are predominately caused by E.coli bacteria. However, it is possible UTIs can occur from other bacteria, including ureaplasma. If someone is struggling with persistent UTI symptoms despite negative urine cultures, there are several possible scenarios as to why:

Ureaplasma is a type of bacteria that may not present in a standard urine culture, and often is seen as part of an infection with other microbes. For these reasons, an infection caused by ureaplasma may go undiagnosed or be incorrectly diagnosed as Interstitial Cystitis (IC).

Here we explore, 1) what ureaplasma is, and, most importantly, 2) how to know if you’re dealing with ureaplasma or a typical UTI.

Ureaplasma is a bacteria that lives in the respiratory and the urogenital parts of both males and females.

What are the symptoms?

Considering ureaplasma is a part of the human microbiome, it can only become an issue when this bacteria population becomes too dominant (overcoming the good bacteria). Ureaplasma may show the following symptoms in both women and men:

Symptoms can present very similarly to a UTI, therefore leading to a possible misdiagnosis.

What's the difference between ureaplasma and a UTI?

Ureaplasma is a bacteria that is part of the human microbiome and found in many healthy women, while, typically, UTIs are infections caused by pathogenic bacteria like E. coli. Ureaplasma can be passed from partner to partner via sexual activity, while a typical UTI can not be passed from person to person. However, both are infections of the urinary tract and can be described as UTIs.

How do I know if I'm dealing with ureaplasma or a UTI?

A typical UTI (caused by E.coli) can be identified from a standard urine culture. However, ureaplasma is not.

If persistent lower urinary tract infection symptoms with negative standard cultures and nonresponse to routine antibiotics persist, it should prompt an active search for ureaplasma(1). Often, Interstitial Cystitis may be diagnosed because of the repeat negative cultures. This diagnosis can only be made by ruling out chronic infection. However, if the infection is caused by ureaplasma, or another non-culturable microbe or microbes, additional testing is needed to confirm there is no infection. In recent clinical research, ureaplasma has been detected in the urine of women with IC (2).

Ureaplasma can be identified on culture or PCR. Humburg et al. found that detection rates of ureaplasma in women with urinary tract symptoms were higher using urethral swabs than early morning urine cultures or vaginal swabs, however in the presence of vaginal itch vaginal swabs provided the best results (2).

Since ureaplasma exists naturally in the human microbiome, it may be difficult to determine when treatment is necessary, even if ureaplasma is found. However, if the patient is experiencing symptoms and infections of other pathogens are ruled out, the ureaplasma should be treated.

Ureaplasma may also be difficult to identify as they can live within the bladder wall and not show up in the urine.

The relationship between ureaplasma, BV, and UTIs

Two types of bacteria exist in your body, grouped into two categories; the "good" bacteria and the "bad" bacteria. Bad bacteria are known to cause health complications while good bacteria may promote good health. These bacteria need to balance to prevent/reduce the development of bacterial infection, meaning, the good bacteria should not be outnumbered by the bad bacteria. “Bad” bacteria are more likely to cause infections or other issues, but even “good” bacteria can become too dominant, especially in the wrong place. Keeping balance is critical.

Ureaplasma is considered a 'not good' bacteria which exists naturally in both the respiratory and the urogenital parts of both males and females. They are also part of the human microbiome and tend to increase with the prevalence of sexual activity. By the time you reach adulthood, they may become overpopulated in your body as a result of an increased bacterial load.

Ureaplasma is generally considered harmless. However, harmless bacteria like ureaplasma may overpopulate in your body, which is thought to contribute to several infections including bacterial vaginosis (BV). Medical research, though inconclusive, has suggested that ureaplasma is linked to BV, particularly when they overgrow in healthy tissues of the urogenital tract linings.

If an infection of ureaplasma is confirmed, antibiotic treatment should be carefully considered as many will not be effective. Ureaplasma has intrinsic resistance to beta-lactam antibiotics and vancomycin as well as to typical UTI treatment options, including sulfonamides and trimethoprim, as well as rifampin. Treatment with these antibiotics will not be effective. The preferred antibiotics are tetracyclines, like doxycycline, and fluoroquinolones, like ciprofloxacin (3).

Research on urinary infections caused by ureaplasma is lacking. Further studies are needed. However, from the research that is available, and given our understanding of the relationship between the health of the vaginal microbiome and the urinary tract, we can advise the following:

Ureaplasma pathogens are difficult to culture but may be responsible for chronic urinary tract infections where a patient has repeat negative cultures. Before going to a diagnosis like Interstitial Cystitis, ureaplasma should be tested for via urethral swab or PCR analysis. 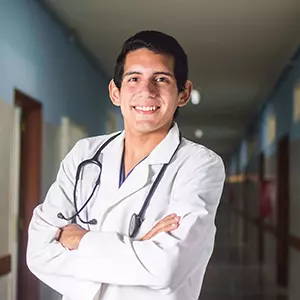 Dr. Daniel Boyer is a practicing Doctor of medicine with a focus on medical research. He specializes in molecular biology, histology, pharmacology, embryology, pathology, pediatrics, internal medicine, surgery, gynecology, and obstetrics. You can learn more about Dr. Boyer here.