What Every Woman Needs To Know About Incontinence | Uqora®

What every woman needs to know about incontinence 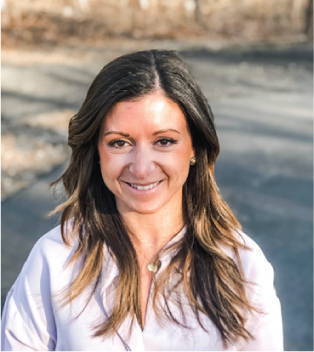 Jacqueline Giannelli, FNP-BC, is a nurse practitioner specializing in sexual wellness and peri/menopause. Jacqueline is currently a clinical expert at Elektra Health, a next gen healthcare and telemedicine platform specializing in the care of women through the menopause transition.

Jacqueline Giannelli, FNP-BC, is a nurse practitioner specializing in sexual wellness and peri/menopause. Jacqueline is currently a clinical expert at Elektra Health, a next gen healthcare and telemedicine platform specializing in the care of women through the menopause transition.

What every woman needs to know about incontinence: Very common, highly uncomfortable, and definitely treatable.

Let’s be clear – leakage of urine is not an inevitable part of aging.

Incontinence is actually a very common problem that affects up to 25% of women. Incontinence is defined as loss of bladder control. Unfortunately, many women are embarrassed about this and as a result, do not talk about it or seek help. This can have many negative effects, one of which is a predisposition to urinary tract infections (UTIs).

If you’re one of the 15 million American women with this problem, or even if you’re not (yet) – keep reading. This is yet another women’s health taboo that needs some smashing.

First, let’s start by identifying the most common types of incontinence experienced by women. One major type of urinary leakage is known as “urge incontinence”. This is the feeling that you need to get to the bathroom as soon as possible, or you may have an accident. This can be triggered by many things including the sound of water running, or even just the sight of your home as you pull into the driveway. Both of these are cues that send a message to your bladder that it is time to void (also known as pee).

In urge incontinence, the connection between the brain and the bladder becomes altered, and your bladder may have involuntary contractions causing you to feel the need to urinate – sometimes, at very inconvenient moments. Urge incontinence can accelerate with age, and is especially common after menopause.

The second type of urinary leakage we see regularly is known as “stress incontinence”. Many times, women will describe it as a gush of urine that occurs when they laugh, cough, sneeze or jump up and down. This is very common during and after pregnancy, and when the muscles of the pelvic floor begin to weaken post-menopause.

There also exists a third type of leakage called mixed incontinence, which is easy to remember because it is a combination of stress and urge incontinence - as we just described.

Incontinence can increase your propensity to UTIs because you may be wearing damp underwear for long periods, or using incontinence garments and pads. This increases the likelihood for bacteria to grow and enter the urinary tract.

Potential side effects of incontinence

Now that we’ve identified the most common types of incontinence, it’s important to recognize that urinary incontinence can have many negative effects beyond the obvious inconvenience, discomfort, and potential for UTIs.

You may avoid exercise if you leak every time you go to the gym. Or you may not want to go for long car rides, for fear that you won’t make it to a bathroom in time. And clearly if you’re worried about incontinence in the bedroom, this can have a big effect on your sex life. Women with incontinence that goes untreated can end up avoiding intimacy all together.

Despite the availability of effective treatments, one out of every three women will not seek medical help for her incontinence.

There are a variety of approaches to managing incontinence, which are listed below ranging from least invasive to most invasive. This list is by no means exhaustive, but it's a good place to start when discussing with your doctor.

If you are a woman who is affected by incontinence of any kind, I urge you (pun, intended!) to speak with a healthcare professional, such as the ones at Elektra Health. There are many treatments available including lifestyle and behavioral modifications, exercises, physical therapy, products and medications that can make a big difference. Despite the availability of effective treatments, one out of every three women will not seek medical help for her incontinence.

In practice, we see many women who have been experiencing this problem for far too long, and once treated they wonder “why was I putting up with this?” We believe women deserve better.

Visit Elektra Health to join us in smashing the menopause taboo and get the expertise and guidance you deserve to manage symptoms, including incontinence, and live well through menopause and beyond.

Jacqueline Giannelli, FNP-BC is one of Elektra Health’s clinical experts and providers who specializes in the care of women through the menopause transition. Elektra Health is on a mission to smash the menopause taboo by empowering women with world-class education, care & community. There are as many as 34 symptoms of menopause, and due to the stigma and taboo around this time in a woman’s life, many women will stay silent about their struggles and don’t seek care - or aren’t offered it - when their issues are, in fact, treatable. Urinary incontinence, or loss of urine, is a common symptom experienced by women in midlife. We think it’s crucial to explain what exactly incontinence is and what you can do about it. Whether you’re experiencing these symptoms today, or want to get smart about your health for the future, Elektra Health is here for you with education, resources and support from clinical experts.