Is my IUD giving me BV?

Evidence is growing that different types of IUDs may increase the risk of bacterial vaginosis, and those with BV have anywhere from a 2-13x increased risk of contracting a UTI.

While the IUD is an incredible form of birth control that has changed many women’s lives, like any contraception, it comes with its drawbacks.

Search for “BV IUD” on Reddit and you’ll find thousands of stories from women who’ve struggled with bacterial vaginosis after getting their IUD inserted. Their stories ring with the same frustration: “I would treat it and it would go away only to come back.”

For most, it was totally unexpected. They’d never been warned that the IUD could cause a bacterial disruption resulting in chronic, unpleasant symptoms, like fishy-smelling odor, burning urination, and intense vaginal itching (1).

Evidence is growing that different types of IUDs may increase the risk of bacterial vaginosis.

Is there actually a connection between BV and IUDs?

Plenty of evidence points to the connection between the IUDs and bacterial vaginosis — and in particular, the copper IUD (AKA Paragard). A 2017 study found that the rate of BV in women with the copper IUD increased from 27% at baseline to 44% six months after insertion (2).

It’s not just the copper IUD that causes issues though. Another study followed women for six months after they began different forms of birth control to track the differences in BV rates (3). In women using oral contraceptives, rings, and patches, the rate of BV was just over 19% — but among all IUD users, it was 37%.

So what exactly is BV, and why does the IUD cause it?

BV is an inflammatory condition resulting from the overgrowth of “bad” bacteria in the vagina. Beyond the unpleasant symptoms we mentioned above, this microbial imbalance can lead to an array of more serious issues. BV is linked to:

So while the fishy odor is more than enough to be unhappy, BV is not just about discomfort. It can be dangerous and life-altering, especially if it goes untreated.

For IUD users, that complicates things. The copper IUD often causes irregular, heavy periods, and the increased blood flow is thought to disrupt the vagina’s microbial imbalance. On top of that, it’s been shown that bacteria like E. coli can feed off of copper, which may encourage overgrowth (4). So beyond removing the IUD, the only treatment options are to take antibiotics continually or address the imbalance in other ways, like through diet, supplementation, and lifestyle changes.

With hormonal IUDs, it’s a little fuzzier. As opposed to heavy periods, women on the Mirena IUD often have no periods at all. In their case, BV is thought to be caused by the IUD strings, which can irritate the vaginal walls, causing inflammation that can then manifest as a microbial imbalance.

Again, removing your IUD is the only surefire way to overcome repeat infections, though many women take other steps to address the issue.

What should you do if you think your IUD is causing your BV?

First off, talk to your Ob/Gyn. You can discuss the next best options for contraception or figure out a game plan to reduce your risk of BV, if you want to stick with the IUD.

If you decide to keep it and want to explore other preventive options, consider some of the basics for keeping your vaginal flora in balance:

We all deserve to feel in control of our health. While the IUD is an incredible form of birth control that has changed many women’s lives, like any contraception, it comes with its drawbacks. Just remember that you don’t have to live with abnormal symptoms, and talking to your doctor about what works for YOU is the best way to optimize your vaginal and urinary health. 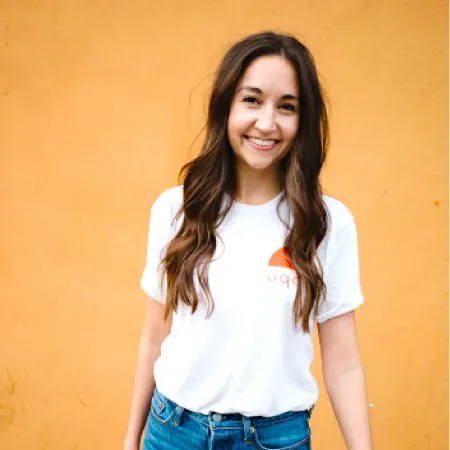 Kate is the Content Manager at Uqora. She is responsible for Uqora's social media, newsletters and educational content in the UTI Learning Center. She graduated with a B.A. in Journalism from San Diego State University.