The Most Common UTI Questions That Patients Ask Me | Uqora®

The most common UTI questions that my patients ask me 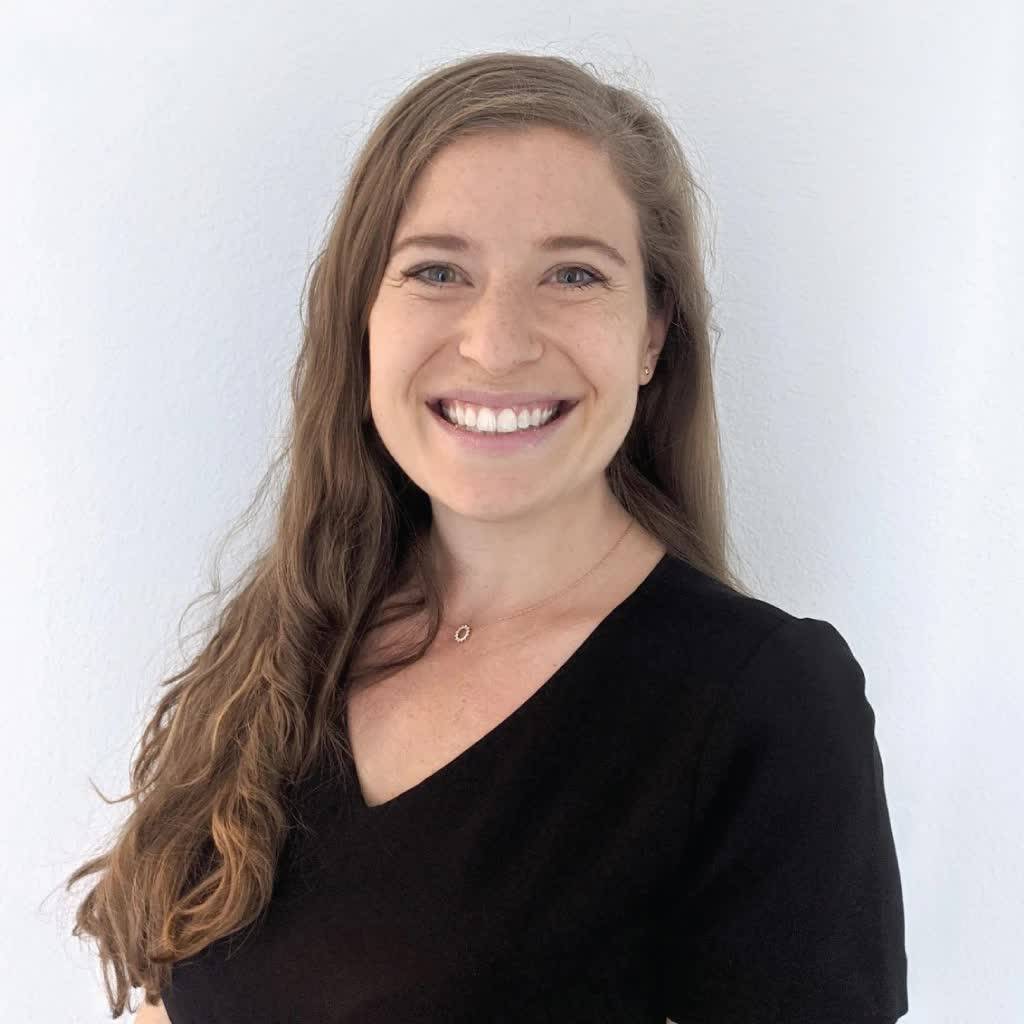 1. Why do I keep getting UTIs?

There are some people who are predisposed to getting UTIs. What determines who falls in this group? There is ongoing research but we don’t have an exact answer. It is probably different for different people. For a small portion of this group, it is due to an anatomical abnormality of the urinary tract. However, for most people it is not.

Our current understanding is that it includes a combination of inherited and environmental factors. There is research into the difference in immune response, the cell lining of the urinary tract, and the types of bacteria that cause the infections. As we learn more about the microbiome of the body and the bladder this may improve our understanding. Hopefully ongoing research will help us learn more about why some people are predisposed to getting UTIs and what we can do to modify this.

2. Is there anything I can do to stop getting UTIs?

The number one thing I recommend to my patients is increasing water intake. For peri or postmenopausal women I also discuss vaginal estrogen. Past research shows that both of those interventions can significantly reduce recurrence of UTIs. After that there are many things that are talked about with varying levels of data. Some things I talk to my patients about include controlling constipation and general urinary habits. Some people take daily antibiotics or antibiotics after activities that trigger their UTIs. There are also non antibiotic options such as methenamine and d-mannose. For a more in depth discussion about other options besides antibiotics see my article “exploring the evidence behind antibiotic alternatives for recurrent UTIs.”

3. What am I doing wrong that is causing my UTIs?

People discuss many different behaviors believed to influence UTIs, however, there is not always research supporting these concerns.

A case control study looked at a large group of women and compared those who experienced recurrent UTIs to those that did not. They found the group of women in the recurrent UTI group were more likely to report: intercourse four or more times per month, a new sexual partner, spermicide exposure, and use of oral birth control. They did not find an association of recurrent UTIs with other behaviors such as voiding before and after intercourse, hot tub use, or wearing pantyhose/tights frequently. However, it is important to note that this studied two different groups of people to see if there were any patterns of their existing behaviors, not where people were assigned behaviors in a control study (Scholes).

As far as behaviors that may trigger your UTIs, different people notice different triggers. I discuss with my patients the importance of paying attention to their body and what causes problems for them.

4. When I get a UTI, do I have any options other than taking antibiotics?

Yes! Past research suggests that many UTIs will resolve on their own (although it will likely take longer for symptoms to resolve). Additionally there are medications that you can take for symptom management such as phenazopyridine or ibuprofen. Increasing water intake may help the symptoms resolve. For a more in depth discussion on this, read my previous article “Are antibiotics for an uncomplicated UTI always necessary.” Everyone is different so it is important that you discuss treatment options with your doctor to make sure that any plan or treatment is a safe one for you.

5. Does my diet play a part in causing UTIs?

One way we know how diet can impact recurrent UTIs is through water intake. A study found that just by increasing water intake, you can reduce the number and frequency of UTI recurrences. There is ongoing research suggesting the potential that probiotics can decrease the risk of recurrent UTIs. Cranberry is a food that has historically been promoted to prevent urinary tract infections and many patients report good response to this, however data is mixed. There is limited other research on diet and recurrent UTIs. Food science is specifically mentioned by the AUA/SUFU/CUA guidelines as an area that we need more research.

6. My symptoms got better with treatment but didn’t go away all together. Do I still have an infection?

You may or may not. I see this very often and it may be due to residual inflammation as well as habits that formed during the urinary tract infection episode. Many patients report that they are still urinating more frequently than normal. Some people will point out that this is most bothersome before bed when they aren’t distracted by something else. For this I often discuss bladder training. Over time this usually resolves and if it doesn’t then perhaps there is a different diagnosis besides urinary tract infections. When in doubt it is always best to discuss your symptoms with your doctor.

7. I don’t always have symptoms when I am told I have a positive urine culture. Why is this?

This is called asymptomatic bacteriuria and is not actually a urinary tract infection. Historically, there was an idea that any bacteria detected in the urine was a urinary tract infection. However, now we understand that some people have bacteria in the urine without causing any problems. Research has shown that in non-pregnant women this generally does not cause any problems. In fact, treating it with antibiotics can increase the risk of getting a true symptomatic urinary tract infection in addition to the risks of taking an unnecessary course of antibiotics. The Infectious Disease Society of America has put out guidelines specifically recommending against screening for or treatment of asymptomatic bacteriuria except in the case of pregnant women or patients who are going to have certain urologic procedures.

This may be confusing because sometimes people have a positive urine culture with vague or chronic urinary tract symptoms. In general this is not considered a urinary tract infection either. For otherwise healthy patients it is the acute onset of symptoms such as frequency, urgency and burning with urination that prompts a diagnosis of a UTI.

Overtreating and misdiagnosing UTIs is a major problem and can have significant consequences to the individual and society. It is very important to only treat a true UTI.

8. I was told that my urine culture was contaminated. Is that a cause for concern?

Another time that a positive culture can result with no symptoms is if the urine specimen is contaminated. There are certain types of cells that may show up on the urine analysis which imply that the specimen is contaminated. Additionally if many types of bacteria or bacteria that are typically found on the skin grow in the culture it is assumed to be a contaminant. It is very important to follow the directions for giving a clean mid stream urine specimen. To try to give a non contaminated specimen you should always use a sterile cup. For women, spread the labia apart and clean the area with special provided wipes always wiping front to back. Urinate a little into the toilet and then collect the specimen in the cup. However, even with the best attempts sometimes the specimen continues to be contaminated. If I see this routinely for a patient I may recommend collecting a catheterized specimen to avoid a contaminated sample and allow us to find the correct diagnosis.

9. I was doing well with my new preventive strategies, but now I had another UTI. What did I do wrong?

Changes in hormones can also lead to cyclical changes in the vaginal microbiome.

I always counsel my patients that they should not feel discouraged just because they have another UTI. If you are someone predisposed to getting recurrent UTIs it may take time to decrease the recurrences and it may not be possible to decrease the recurrences to zero. It is important to have realistic expectations. Whenever I am seeing a patient for recurrent urinary tract infections, I discuss that the goal is to reduce the number of infections, increase the time between infections, and reduce the number of courses of antibiotics that are needed. I try to prepare my patients for what to do if they get another UTI so that any additional episodes are not as disruptive to their life. Over time you may notice certain things that are triggers for UTIs and that may help decrease recurrence even more.

10. My problem is so embarrassing. Do other people have similar problems?

Many patients come to me after a long period of battling recurrent infections. They are often embarrassed or nervous to talk about their complaint and surprised to hear how common it is. Many people know that UTIs in women are quite common, but most people don’t realize that recurrent UTIs are also very common. Research suggests that between one quarter and one half of women who experience a UTI will go on to suffer from recurrent UTIs. For a problem that is common it may seem surprising that there are so many things we don’t know, but hopefully increased awareness and new and ongoing research will help change that.